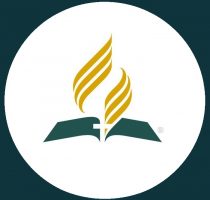 The name of the LORD is a strong tower: the righteous runneth into it, and is safe. Proverbs 18:10

>Home >About Us >History

Urbandale SDA church came into existence when a small group met in a public school building which was behind the former church on 48 North Hinman Avenue. This building was purchased in 1911 by the members and for several years served for both church and school.

1924
After the Battle Creek Tabernacle burned down in 1922 the membership increased considerably.
That is when the church on Hinman Avenue was built.

Following is a list of Pastor names and the years they served the Urbandale community.

1963
Two services were held each week to accommodate the steadily growing membership.
Plans were made for a new and larger church.

November 17, 2019 Capital Campaign Banquet***dates are to the best of the recollection and dated material